We hear the story behind the story in the movie A River Runs Through It.   Still to this day the greatest fly fishing movie of all time.  John Dietsch was the stunt man for Brad Pitt and lead the fly fishing team that created the fishing scenes in the movie.

We hear some of the great stories that made this the greatest movie of all time.  The story was about family, about death and addiction.  The story was not about fly fishing as Robert Redford told John many times during production.  Enjoy!

– Norman Maclean wrote A River Runs Through It about fishing with his brother in the 1920’s.

– “I’m haunted by waters was a famous quote from the movie.

– Graced By Waters is John’s new book that describes John’s take on what “it” is.    John also lost his brother Paul and has affected his life for over 10 years now,.

– We talked about Robert Redford.  Here’s a clip from Butch Cassidy, one of the great Redford movies.

– John worked at Powder Magazine before taking on the lead with this movie for fly fishing.

– Jason Borger was a big part of the movie and was the shadow caster.

– Here’s a short clip of the scene where Paul lands the crazy robot fish.

– The further you get away from Missoula Montana the number assholes increases or the quote.

– Fernando the Fish was the famous mechanical fish that game via Gary Borger and crew.

You can find John Dietsch at Graced By Waters.

Resource Noted in the Show

A River Runs Through It by Norman Maclean

Graced By Waters by John Dietsch

We find out what the movie was about and why for Norman McClain it was about him coming to terms with the death of his brother.  It’s a beautiful story and one that we should all watch or read again if you have ever lost someone. 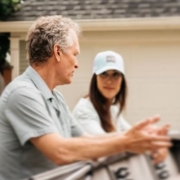 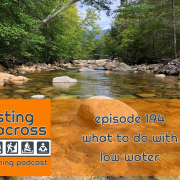 What to do with Low Water