The anatomy of hooks 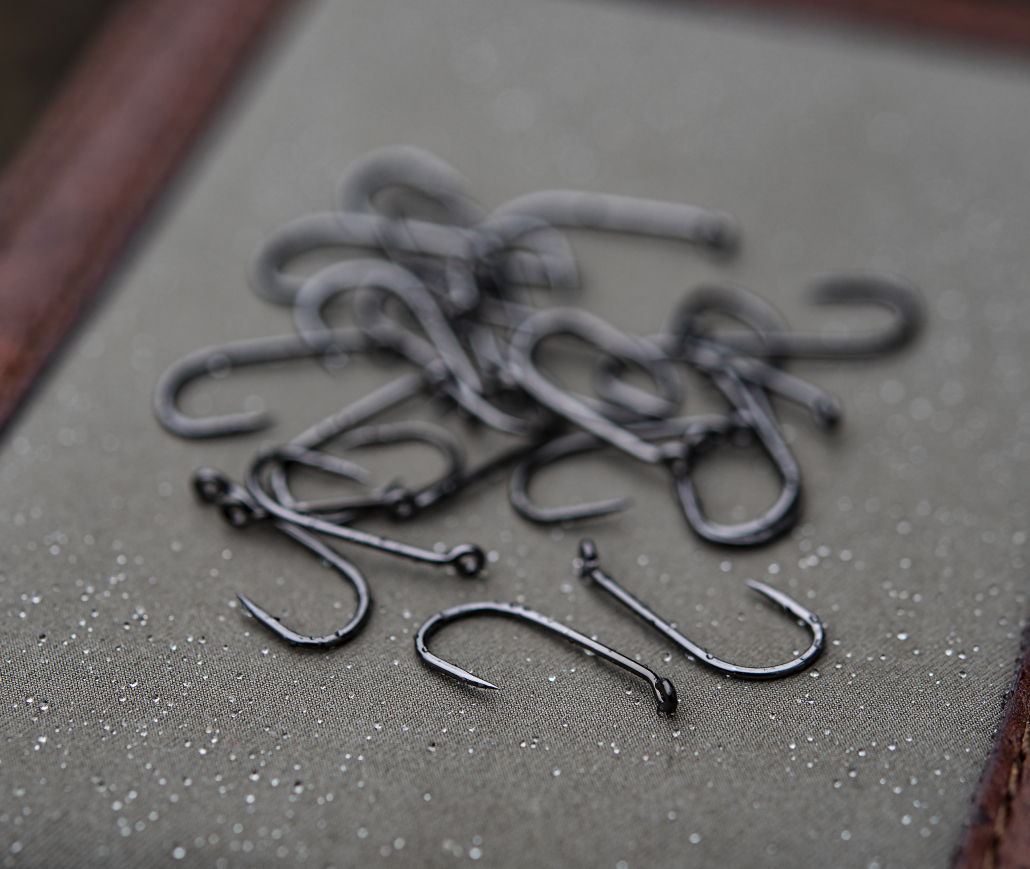 There are certain terms used in relation to describing a hook. AT AHREX they use the terms when they communicate with their production engineers and they are of course widely used in general descriptions of hooks.  Read along and we’ll take you though the terms and how the relate to the anatomy of a hook.

It’s obvious to begin with what is arguably the most loose of the terms – hook size. The basic principle is, of course, that the higher the number is, the smaller the hook is. But as in the rating of fly rods, there really isn’t an objective, industry standard. That means that one brand’s size 4 is less likely to have the same size as one of our size 4s. And when you add to that the huge amount of different hook designs available today, the confusion gets bigger. Basically this means that you can really only use the hook size as a relative guide within the individual models. As far as our hooks go, you can safely assume that any size 10 is larger than the size 12 of the same model.

As the industrialisation began in the mid 19th century in Europe, some sort of standard emerged. Hook sizes were originally coupled to the size of the hook gap (more on that later). Because the selection of hooks was much, much smaller 150-200 years ago, this made sense. Early steel hooks had no eye so the fly tiers would simplly cut the shank (more on that later) to the required length and tie the hook to horse hair or gut. But with an increasing amount of hook makers and consequently models, a standard proved impossible to maintain or even make. The only real standard is that a size 1 is “ground zero”. Smaller hooks (within the same models) are designated with a higher number; larger hooks with a /0 behind. Consequently a size 1/0 is larger than a size 1, 2/0 larger than a 1/0, so the logic reverses. As the hooks get larger than a size 1, the size designation also increases with the size of the hook.

To take away the doubt our customers might have, we provide detailed prospects of every single hook we make. Under each model you can find a data sheet like ex. this one on Predator Stinger – PR320

Hook length: The over all length of the hook – from the front of the eye to the back of the bend – basically the longest measure you can find on a hook.

Shank length: The length of the part of the hook you would usually tie on. From behind the eye to just before the shank begins to bend. This is easily defined on any hook with a straight shank, but becomes more difficult on hooks where the shank is in a continuous curve. A hook where you’d often tie into the bend. Emerger hooks like our FW 520 or “gammarus hooks” like our NS 172.

Hook bend: The bent part of the hook that begins where the shank ends and to the barb. This can have many different shapes, many of which have names. Round bend, Kirby Bend, Limerick Bend and more.
Barb: One of the more self explanatory. This is the barb that helps prevent the hook from coming loose after the fish is hooked.

Hook gap: The distance between the hook point and the shank.

Eye: The term is quite self explanatory as well – it’s the bent part of the hook to which you tie the leader. Eyes come in two overall types: A ring eye, where the wire has been bent to form a round eye. And a loop eye, where the wire has been bent back to lie parallel with the shank. This type requires the fly tier to secure the bent back part to the shank in order to keep the eye closed under stress (as when you hook a fish). The bent back part of the wire is often tapered (flattened) to reduce bulk.

As with hook points, eyes can also have different orientations. Straight eye means the eye is in line with the shank (as for instance with the TP 610). Up eye means the eye is turned upwards (more or less). In our program you’ll find up eyes on for instance our HR 410 and a less pronounced one of the FW 520. And finally down eye, where the eye is tuned downwards in relation to the shank (NS 118 for instance, or the FW 580). Straight, up or down can occur on both ring eyes and tapered, loop eyes. The size of the ring eye is one of the parameters we have tweaked a little on several of our models – simply to allow for heavier leaders and easier threading of the leader with cold, wet hands (and for semi-old fly fishers). Then one final tweak: Viewed from above or below, the eye can be parallel to the shank, as commonly seen on jig hooks (FW 550 or PR 374).

When watching a YouTube video or participating in a class, you’ll often hear, “Start the thread behind the hook eye”, “Tie in the floss above the barb”, “Make the tail the same length as the shank”, “The wing should extend just past the hook bend”, “The front hackle should reach the point of the hook” or “The palmer hackle should be the same as the hook gap”. This is why it’s sometimes helpful to know these terms. 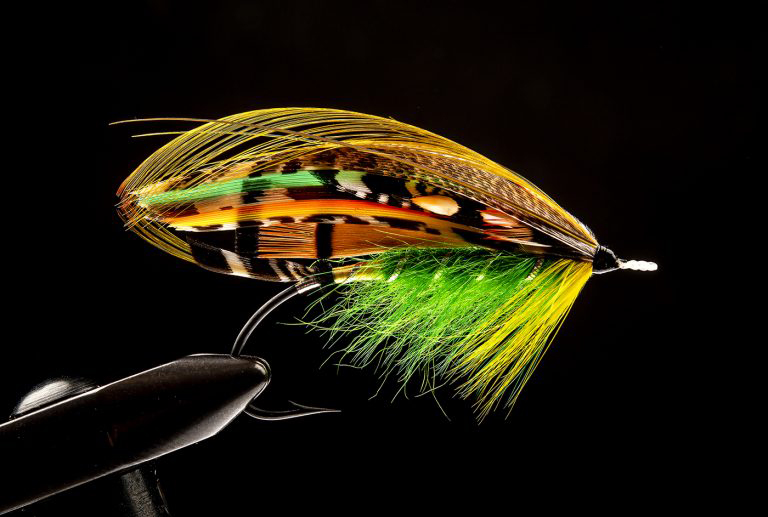 A type of flies that requires a lot of knowledge of hook designations and material conditions are the traditional classic salmon flies like this Green Highlander – beautifully tied by John Lind Rasmussen on his own homemade blind-eye salmon hook.

And then of course, hooks can be single, double or trebles, obviously indicating the number of points. We have double- and treble hooks in the Home Run-series and to make matters just a little more confusing, you’ll find a third type of eye on the HR 440 and HR 450. They have what’s called a “needle eye”, meaning the eye has been narrowed a little to make sure they fit into all tubes on the market. 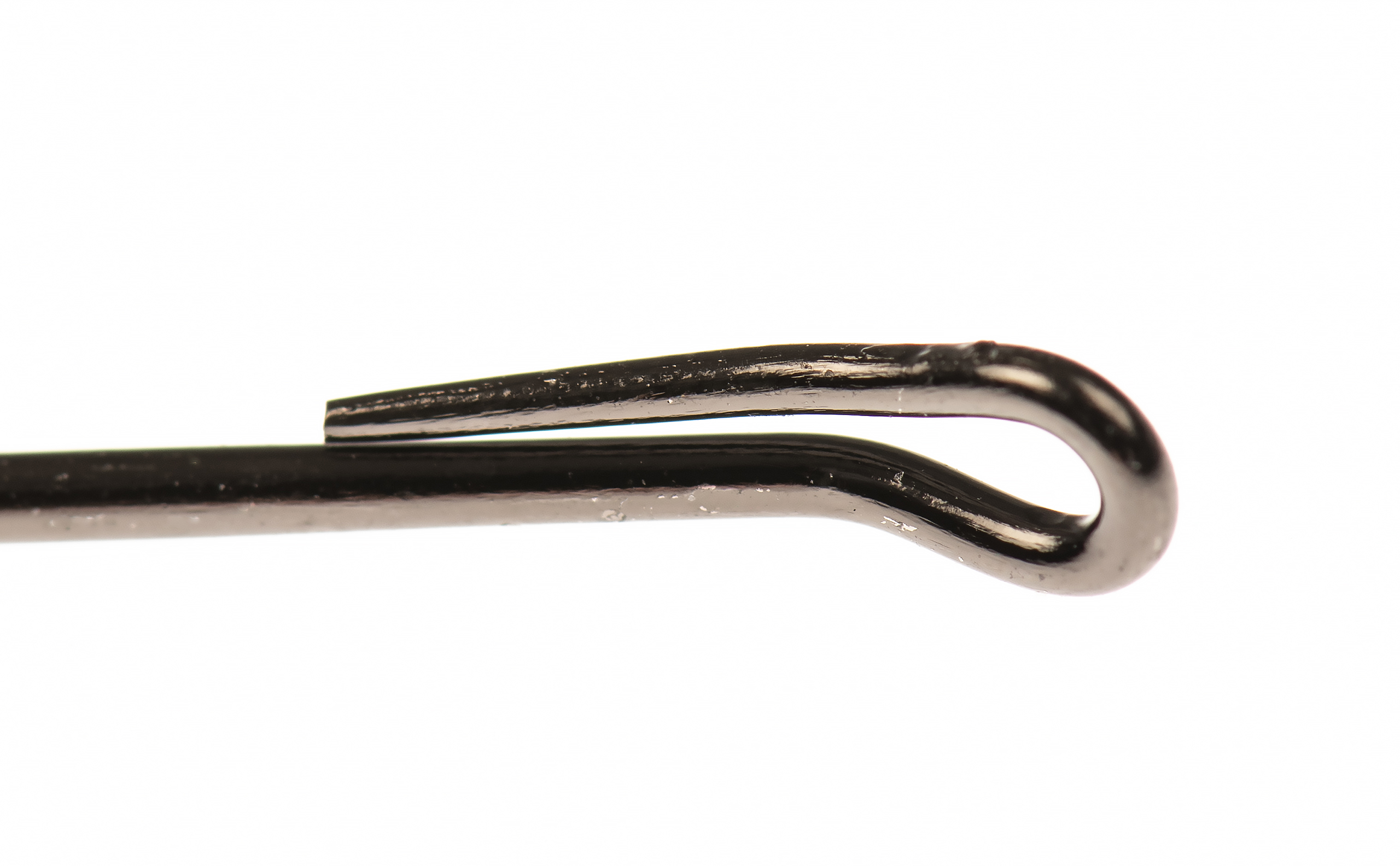 Apart from all of the above, Søren “Dr. Hook” Flarup could go into much more detail on materials (steel types), wire thicknesses and surface treatments and if you’re curious, maybe we can persuade Søren to do that sometime?

Once again, remember that all the absolute measurements on our hook models are available on data sheets for every model of hook we produce.

If you made it here, thanks for reading ;-)