Jeff Morgan sat down with me to cover small stream fly fishing.  Jeff is the author of a few great books including Small Stream Fly Fishing and the Oddballs books.  We talk about how small streams differ from large streams and why naturals are key in small creeks.

We hear about his background in entomology and how he applies that to small streams and some of flies that work great including his deer hair daddy.  Find out why fish feed after high flow events and where you can find fish in small creeks.

Anglers Guide to the North Cascades was Jeff’s first book.  Then Small Stream Fly Fishing and the Oddballs Books followed.

We talked about the closing of WestFly.com which was Scott Richmond’s baby that had been going out west for a long time.

South Park skit on the three steps for business.

I talked to Martin Joergensen here about what happens to the content once the founders leave us.

Dr. Norm Anderson was a mentor for Jeff and a major professor at Oregon State in Entomology.

The Far Side of Entomology was a course that received major accolades by many including PlayBoy Magazine.  Here’s a little more information on this topic here.

Pat Dorsey was on the show here and talked about how they manage the river out of Denver in the correct manner.

The Cascade Flying Ant is one of Jeff’s goto fly patterns for small streams.

Jeff’s cranefly is another goto patter for him known as the deer hair daddy.  Who’s your daddy ended up in playboy.

Jeff notes Northwest Fly Fishing Outfitters as a big mentor in his life.

Teddy Roosevelt in the Natural History Museum.  Teddy was a big player in helping people discover nature and hunting.

Tom Whiting was on the show here and talked about how he has raised Whiting Farms to the top of the game in fly tying.

Jeff mentioned these 3 huge books in the entomology game.

Gary Lofontaine’s Caddisfly book is the best book to get you thinking about fly fishing.

You can reach Jeff here.

The Far Side of Entomology NPR Story:

Jeff Morgan and I dug into small stream fly fishing and a bunch of other topics including his background as a historian and some of the crazy flies that are in his oddballs book.  He hear about Jeff’s mentors in entomology and how he moved forward fly fishing and tying through his books and writing online. 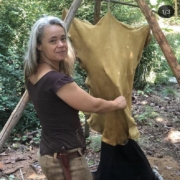 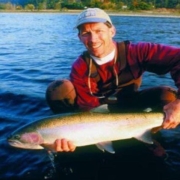 Ep. 21: John Shewey on Spey Flies and Their History