I finally sat down and had a great chat with Frank Amato who is the brains behind Salmon Trout Steelhead magazine, the Fly Fishing and Tying Journal and about 300 books relating to fishing.

We hear how Frank was a key player in protecting the Deschutes River.  We also hear about the Blue Jetboat Frank has had since 1980 and how he saved my butt after flipping int he river.

Field and Stream was one of the only fishing magazines at the time in the country and the Fishing and Hunting News was the only magazine in the west at the time.

Salmon Trout and Steelhead was started in the summer of 1967.  Now over 60 years going strong.

I had Craig Schuhmann, the editor of FTJ – The Fly Fishing and Tying Journal, on the podcast in episode 101.

Fly Fishers International influenced the creation of FTJ. Frank started by publishing the FFI magazine at the time and that morphed into FTJ.

Magazine Circulation and Magazine Publication was the book that helped Frank start FTJ.

Steelhead Drift Fishing and Fly Fishing was the first book ever published by Frank Amato publishcations.

Curtis Creek Manifesto is the highest selling book for Amato over the years.

Frank noted the one man boat he loves.  I believe it’s probably a watermaster?

Vic Atiyeh was the governor who helped pass the protections for the Deschutes River.

The Night Dancer is Frank’s goto steelhead fly.  He also love the Renegade for trout.

You can reach Frank at Amato Books.

I had a great conversation with Frank Amato who is the founder of Salmon Trout Steelhead, the Fly Fishing and Tying Journal and tells us how it all evolved over the last 60 years.  Frank also had a big impact on protecting my home waters back when I was a kid.  Frank is the real deal so enjoy this one. 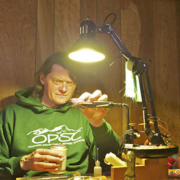 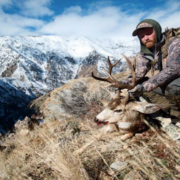