Peter Morse, aka the Lefty Kreh of Australia, shares his vast knowledge on a life fishing and living in Australia.  Peter shares some tips for Australia Fly Fishing with a focus on catching Baramundi including the life cycle and when and where to target them.

Hear about the TV show that Peter put together for prime time that lasted five seasons.  I have the biggest name in the world of fly fishing today so excited to introduce you to Peter Morse if you hadn’t heard of him yet.

The World Championships were held in Tasmania in 2019.  Peter noted how robust the the fisheries are around Australia.

Dean Butler is a legend in Australia and was a big influence.  He is now Tom Evans right hand man and involved in the world record marlin catches.

Wild Fish was Peter’s prime time fly fishing tv series that was sponsored by Sage and aired for 5 seasons in Australia.

Episode 7 with Pete Humphries was a good episode on the stress of the Casting Certification.  Peter tells the story of how he failed his recent test.  It’s a valid story.

The Pink thing is one of Peter’s goto flies for baramundi.  Here’s a video that shows you how to do it.

A Few Great Flies and How to Fish Them is Peter’s book that he’s most proud of.

The Gusto is another goto patter for Peter.  Here’s the step x step guide to tying this pattern.

Rod Harrison is a great resource for baramundi and Australia.

Boneheads Group is one of the local fishing groups.

You can find Peter at Wild Fish here.

“The secret of success is making your vocation your vacation.” -Mark Twain

Peter Morse breaks down fly fishing Australia and the extraordinary fisheries that make up the fishing.  We here how Peter has mad a life in fly fishing from the first article and camera he purchased to his prime time TV show.  If you have interest in going to Australia on a hosted trip with me, enter your email below to learn more. 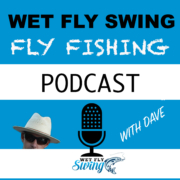