Here we’ll be tying the popular salmon fly, Red Frances. Red and black Frances is widely used around the globe for salmon fishing and has been one of the most popular flies in Iceland for catching the Atlantic salmon. The Frances is based on a fly pattern called Black Eyed Prawn that was designed in the UK in the 1970’s by a man named Peter Deane. In the late 70’s Peters idea was simplified by some Icelandic fly tyers and the modern Frances or Francis pattern was born as we know the pattern today. This copycat of Peters idea came up in Iceland in the late 70’s and has been around here ever since, as one if not the most popular flies to catch Atlantic salmon. The Frances can be tied in black, red, orange, yellow, blue or just kind of any colour you can think of. The red and black are though the way most popular colours in the fly. At the time when the fly first came out here in Iceland, some anglers refused to use it, they called it a shrimp or a prawn, comparing it with real prawn as a bait for the fish. Certainly the Frances looks like a prawn, it’s based on a prawn imitating fly so no wonder! However these voices of unhappy anglers who refused to use the Frances fly is something you don’t hear today. The Frances both in red and black and even more colours like yellow and orange, are used widely all over Iceland and in other countries that have north Atlantic salmon rivers. It’s the most used and popular salmon pattern in Iceland still today among with flies like Haugur, Sunray Shadow, Munro Killer and etc. Frances is many anglers favourite fly. The Frances is a great fly in any way and the rest is history. I’d highly recommend to have the Frances with you in red and black colours, either as a fly or as a tube fly.

“The greatest gift you can give to another fisherman is to put a good fish back.”
— Lee Wulff
All the very best and thanks for watching. Please like, share and subscribe to the channel to help us to build the community. 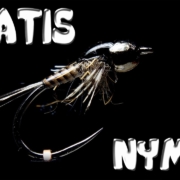 Tying a Beatis Nymph by AndyPandy 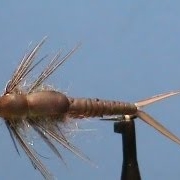 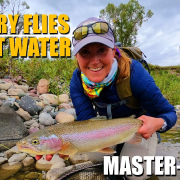 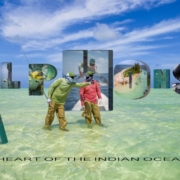 ALPHONSE – The heart of the Indian Ocean 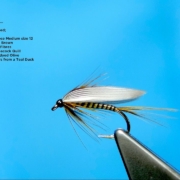 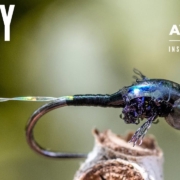