Bob Popovics who started fishing in the late sixties and quickly became a fan of fly fishing in the sea with species such as bluefish and bass stripped.
The bluefish were true machines to destroy flies and rarely achieved with a fly over a catch, Popovics that more than once had to stop fishing because the flies no longer served well and lost only time fishing. Bob Popovics began tying flies soon after to have begun in fishing off the coast of New Jersey, from the beginning his philosophy was tied practice, flies should be simple and especially durable. Until then Bob tempted their bluefish ones with normal flies of his time, tarpon classic and Blondes flies, the blonde was just the legacy of a giant and pioneer of fly fishing in the sea and which the very Lefty Kreh had sponsored guide in his early years as a fisherman, we are ablando nothing more and nothing less than Joe Brooks, who also leave an indelible mark among fly fishermen of our country and mark a turning point in the evolution of fly fishing Argentina. His Blondes were the starting point for Bob Popovics, who was a daily witness to their great effectiveness but also of the fragility of these before the jaws of a bluefish. One day Bob Popovics decided to sit at his morza tying and solve that problem, after a few attempts and testing would a fly that not only did his philosophy bound, but also revolutionize forever tying and fishing in saltwater , the name Surf candy and like any discovery would be adapted to different styles of tying species and places in the world
By 1990 their Surf Candy was a model of great fame for fishing for bluefish and bass stripped from the circle of fishermen but in that year the magazine American Angler & Fly Tyer dedicated an article to the work of Bob Popovics and Surf Candys, dándo known to a much wider audience the work of Bob.
The first Surf Candy were something like a blonde to which it is put epoxy in all part of the shank of the hook by wrapping the lock wing along this, but a little later and with input from some friends the Surf Candy It would take its final form replacing the Ultra hair Bucktail with a much more durable and also translucent synthetic hair and incorporating the stick eyes closed a unique and totally revolutionary appearance in his time. Since there are many improvements and variants that have been made to Surf Candy, even by the same Bob Popovics.
While Popovics resorted to using epoxy in their flies to transform them into something durable, that has come to take 30 bluefish with the same fly, epoxy also gave the fly a very realistic look, which was detected by many of riggers generating hundreds of models of epoxy heads and eyes with a unique realism. 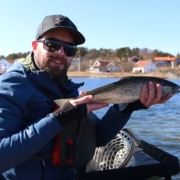 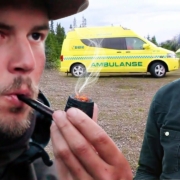 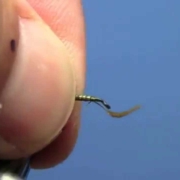 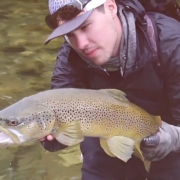 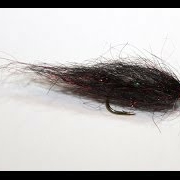 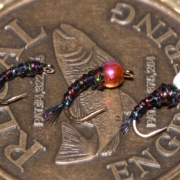