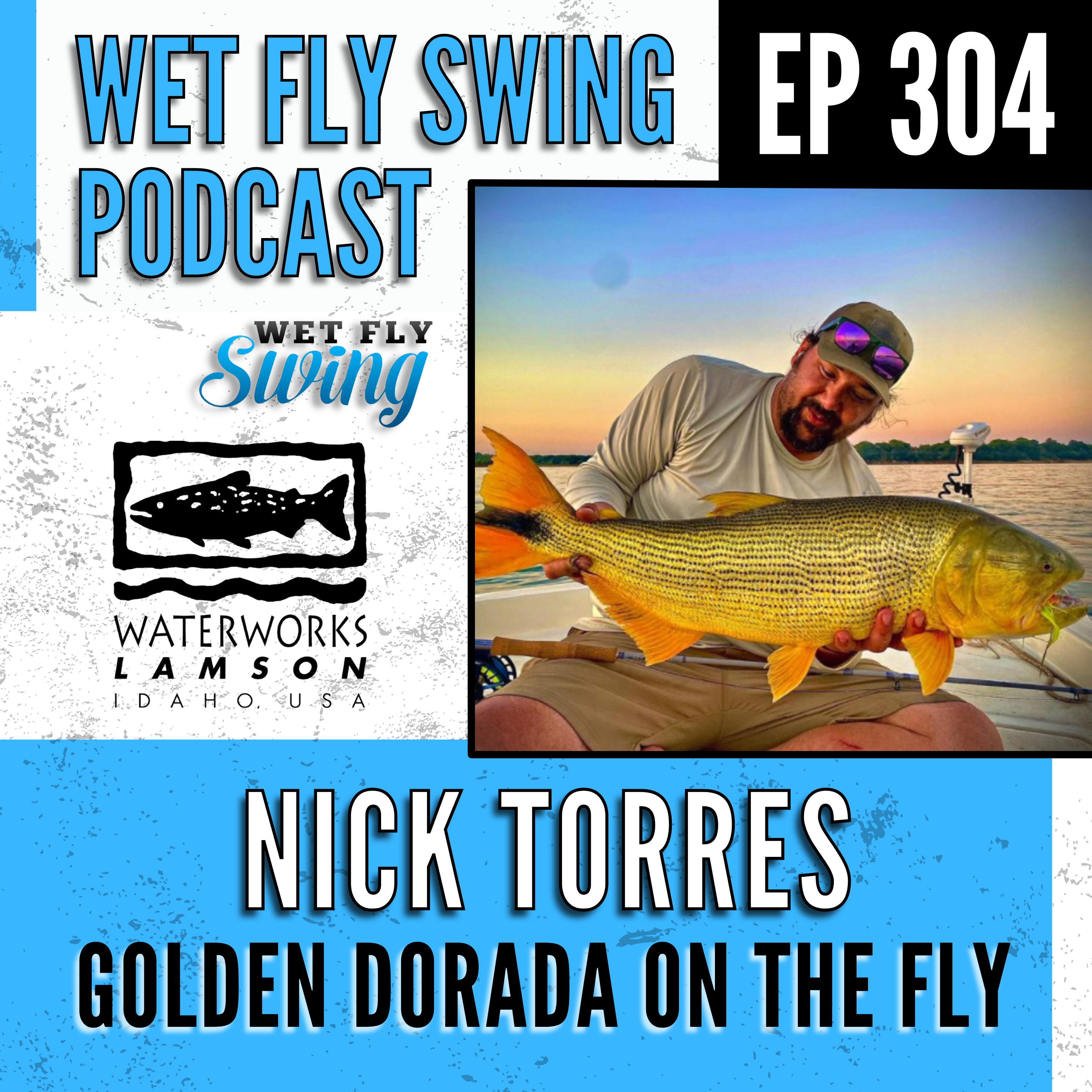 Nick Torres, from Waterworks-Lamson, takes us on a journey today to one of the most spectacular locations on the globe – Northern Argentina for Golden Dorado, Piranha, Capybara, Caiman, and more! Nick describes the itinerary for the trip and what it’s like staying at the two lodges there – Pira and Suinda. Find out which flies he uses that are most effective for fishing Golden Dorados. Plus, Nick tells us about the time when one of their guides almost lost his hand to an angry caiman! Oh man!

Waterworks-Lamson will have a giveaway from April 4 to 18 so follow their Instagram @waterworkslamson for updates and go to wetflyswing.com/golden to enter the giveaway.

07:04 – Nick recommends staying a day or two in Buenos Aires Argentina – the lodge (Pira Lodge) is about 10 or 11 hours drive from Buenos Aires

11:08 – The marshlands in Argentina is larger than the Everglades in Florida

13:42 – Nick tells us why Dorado is the perfect game fish

16:20 – Nervous Waters has some cool programs and will take care of most of the things you need for the trip

16:25 – The Pira Lodge in the marshlands has a good number of fish

17:30 – About four and a half hours drive from Pira is Suinda Lodge – The main Parana River is the second largest river in South America after the Amazon – this river has some of the biggest Dorados in the world

19:20 – Nick tells the story of his last trip when he caught a 22 pound Dorado with his last cast

26:49 – Capybara is the world’s largest rodent – there’s a lot of them in the marshlands where they fish, and caimans too!

28:09 – Nick tells the story of when their guide almost lost his hand to a caiman

37:00 – Pira and Suinda lodge have swimming pools – Nick describes what the lodges are like and mentions his favorite Argentina food

41:35 – The Dorado program with Nervous Waters is a 6 days fishing trip – 3 days at Pira lodge and 3 days at Suinda lodge

42:35 – After the trip, they fly from Corrientes airport to Buenos Aires – Corrientes is just a 1-hour drive away from Suinda lodge

46:53 – Nick grew up in South Dakota but his father was originally from Argentina

48:00 – Nick tells us about one of their crew who’s caught a stomach bug during the trip so his advice for people who plan to do this trip is to bring medication and stuff

49:20 – The Andino Deceiver fly pattern is effective for Golden Dorados

49:31 – Nick’s go-to flies for Dorado are the Jungle Junkie, Diver (red and white), and there’s another one from Umpqua too but he forgot the name

55:22 – Waterworks-Lamson giveaway is going to run from April 4 to 18. If you want to enter this giveaway, go to wetflyswing.com/gold

56:22 – Nick is going to get me someone from the Nervous Waters to do an episode – exciting stuff!

Nick Torres, took us on a journey today to one of the most spectacular locations on the globe – Northern Argentina. Nick described the itinerary for the trip and what it’s like staying at the two lodges there. We found out which flies he uses that are most effective for fishing Golden Dorados. 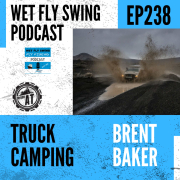 WFS 238 – Truck Camping Gear with Brent Baker from Oregon AT

Fish Tales: Under the Bridge