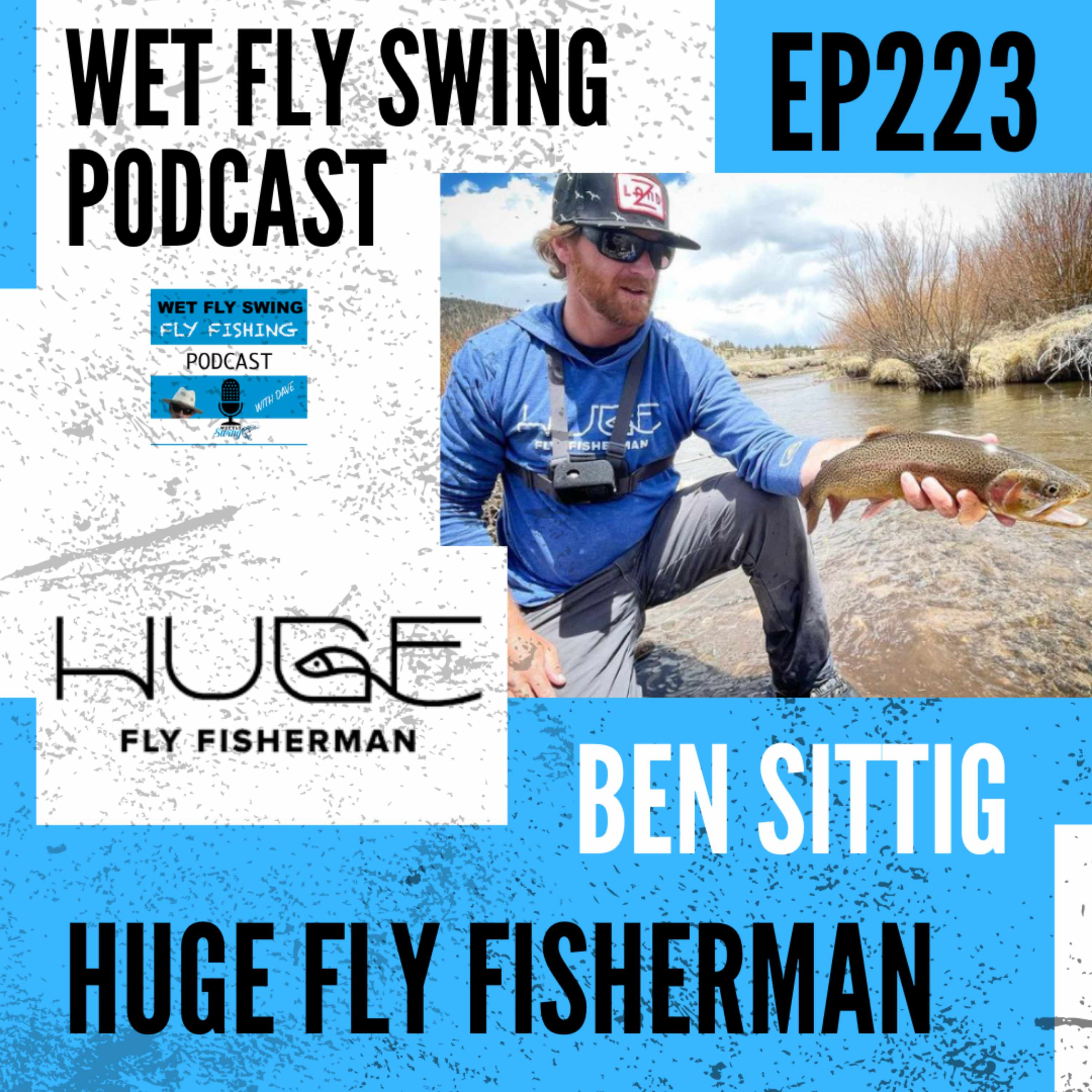 Ben Sittig aka Huge Fly Fisherman, is here to share the story of how he created one of the most unique and entertaining youtube channels in the fly fishing space.  Hank Patterson is the only channel close to Huge but even Hank is much much different.

Ben prides himself on teaching in each video but mixes in his own comedy and entertainment value.  Listen along today as we sprinkle in some audio cuts directly from Ben’s youtube videos.

– Hank Patterson was on the podcast in episode 58.  Hank is the other big fly fishing youtube personality with a comedic style.

– Louis Cahill was on the podcast in episode 206 and noted the drunk messages he received which almost forced him to give up on Gink and Gasoline.

– Stephen Colbert has a style that is a little similar to Ben.  Have a look and decide for yourself.

– 12 things you don’t need for fly fishing, 12 more things, and etiquete are some of the most popular videos.

– Epidemic sound and audio blocks are the two services that Ben uses for his videos.

– Ben hosted the F3T.  Paul was on the podcast here where we dig into the Fly Fishing Film Tour.

– Black Steve Irwin on instagram is someone you should look up.

– Estes Angler was one of the fly shops Ben worked for over the years.

– Ben describes why Tenkara is not fly fishing.

– Gary Borger was on the podcast here in episode 45.

– You can listen to Ben’s Reggae channel on spotifly here:

You can find Ben at HugeFlyFisherman.com

Ben Sittig is here to share the story of why he created Huge Fly Fisherman and how he created a youtube channel around it with 40k subscribers.  We find out which videos are the most viewed and why he hates Tenkara so much.