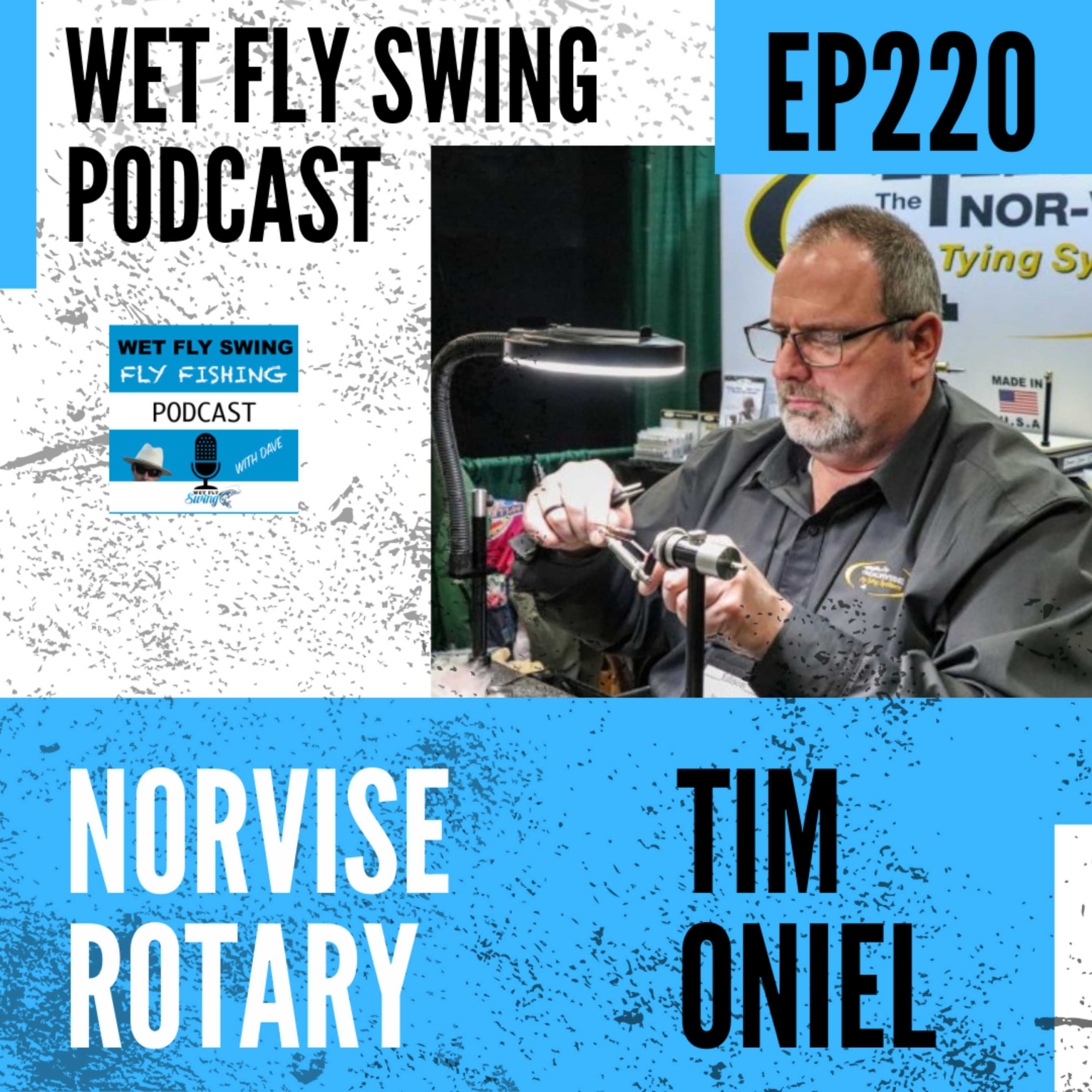 Tim O’Neil from Norvise is here to share his story of taking over Norvise and what he is doing now in the fly tying space.  We start from the beginning and discover how the Norvise is still making a dent in the rotary fly tying space.

Tim talks about how he is scaling the company and some of the big plans he has after taking over the company.  We walk through the steps of tying a nymph with the Norvise and how you actually tie a cleaner fly with equal pressure throughout.

– Regal and Renzetti are two of the other big players in the fly tying space.

– The solarez is a key tool for Tim

– Senyo in episode 176 here, Galloup on the second episode 167 here, and Cammissa were all on the podcast

– Braiden Biller is the fly tyer Tim noted who is bringing his A game.

– Every Sunday at 7pm Norvise goes live on Facebook.

You can Tim at Nor-Vise.com

Tim O’Neil shares the story of how he took over the Norvise company from Norm back in the day and now is still going strong.   We find out how Norm Norlander passed away and how Tim was able to pick up the company and go all-in on it.