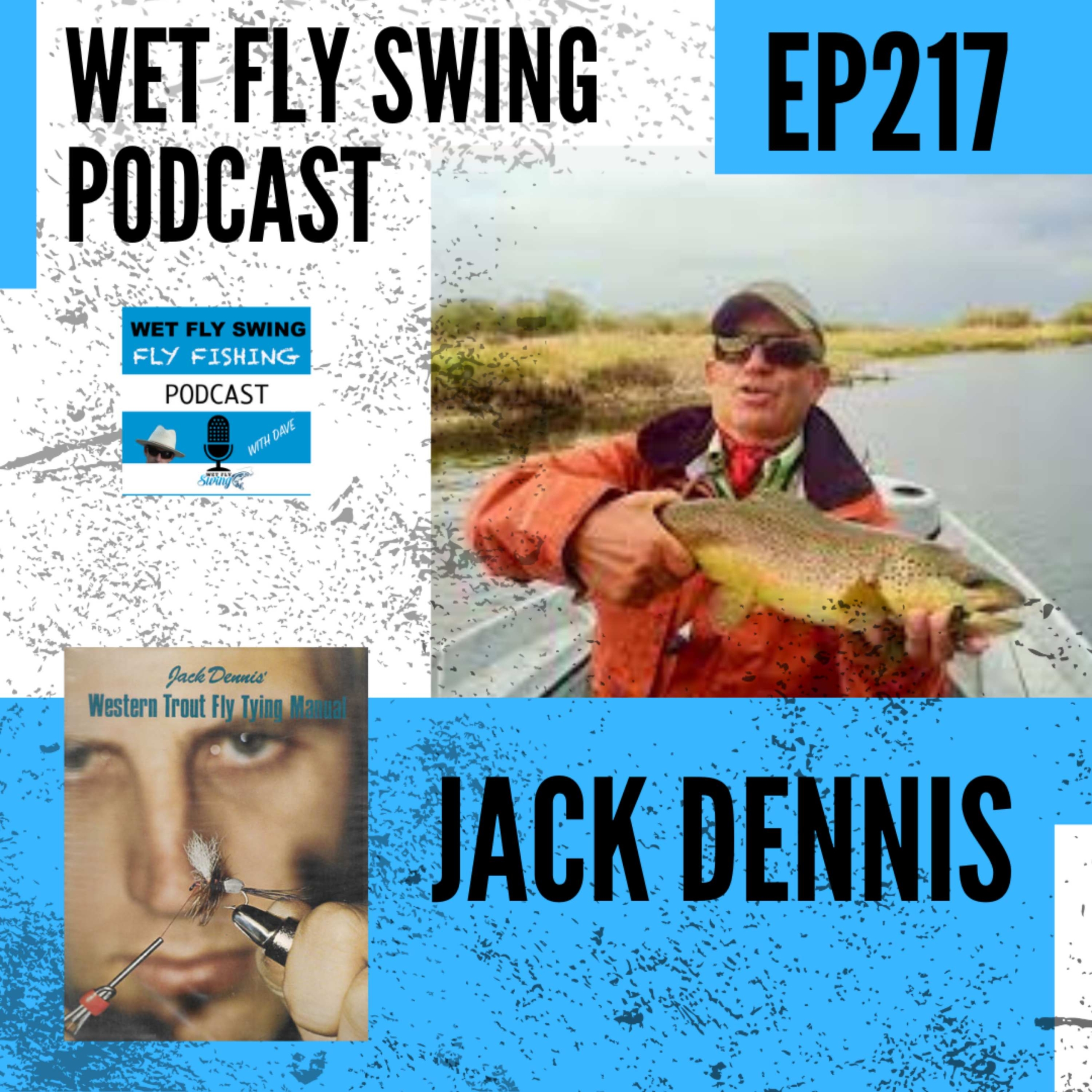 I sat down with one of the biggest living influencers in fly fishing.  Jack Dennis tells the story of Curt Gowdy, Ted Williams, Arnold Palmer, and many other stories of his famous friends from a life in fly fishing.

Jack is a talker in a good way and sheds some fly fishing history and many of the biggest companies and influencers he’s connected with over the years.  We get some insight that we haven’t heard on this podcast yet including what it takes to make fishing your business.

– Jeff Currier was on the podcast in episode 65 here and was the guy who ran Jack’s shop for 27 years.

– Curt Gowdy was a huge mentor for Jack and the host of the American Sportsman.

– Mike Lawson was a huge influence for Jack and was on our podcast in episode 190 here.

– Kauffmans book on Tying Nymphs was another great one.

– The Gary Borger had a number of great videos back in the day.  Jack talks about shooting the fly tyer from behind the fly.

– Caddisflies book by Gary LaFontaine is one of the greats.

– Gary Borger was on the podcast in episode 45 here.  Gary is one of the big teachers and right up there with Jack and the other big names.

– Spring Creeks by Mike Lawson and the story of how Gary Lafontaine helped Mike put it together.

– John Gierach was on the podcast in episode 47 and talked about his life there.

Jack Dennis brings some of the great fly fishing stories to the podcast today as we hear about his connection with Waylon Jennings, Ted Williams, Norman Maclaain and many others.