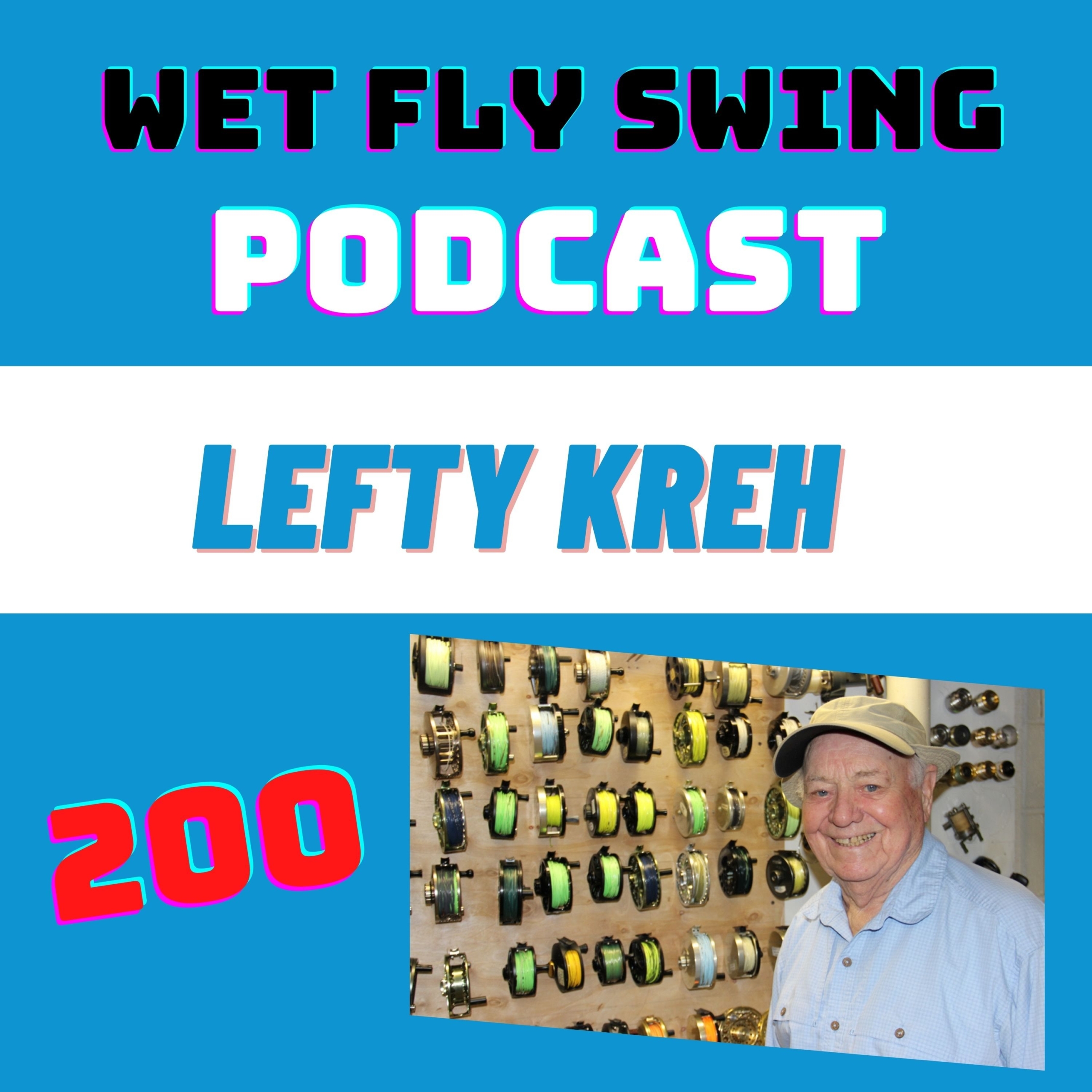 Today we celebrate the 200th episode of this podcast by celebrating Lefty Kreh who passed away just a few months after we launched the Wet Fly Swing Podcast.  Lefty is the most highlighted person in the history of fly fishing so very happy to celebrate with you here.

We hear about the life story of Lefty today from Gary Reich who knew Lefty and wrote a great article at Anglers Journal on Lefty’s life.  We find out why photography was a big thing that separated Lefty early on and why Joe Brooks was so important for Lefty along the way.

– Here’s the article that Gary wrote in Anglers Journal about Lefty Kreh.

– The F3T video with Flip talking about mentors and how Lefty was everyone’s mentor or that’s how many felt.

– Battle of the Bulge

– Lefty worked at Fort Detrick where he made Anthrax.  Here’s a summary of what happened to some of the anthrax.  There was also a strain of Anthrax named after Lefty.

– The Miami Metro fishing tournament was given to Lefty from Joe Brooks and was a huge deal for Lefty to elevate him in saltwater fly fishing.

– Joe Brooks was on the podcast in episode 71 here and noted the documentary he created about his uncle, Joe Brooks.

– Tom Brokaw was a good friend of Lefty and was also interviewed by Gary in preparation for the Lefty article.

– The profile articles on Bob Popovich and Bob Clouser were both covered by Gary.

– My Life was this Big was one of Lefty’s great books and one Gary mentions here.

You can find Gary at the AnglersJournal.com

Gary Reich tells the story of Lefty Kreh, the most notable fly fisherman in present-day history.   We hear how Anthrax BVK1 was named after Lefty and plenty of other random stuff that’ll surprise you about the great Lefty.

We find out how Joe Brooks and other influences the direction of Lefty.