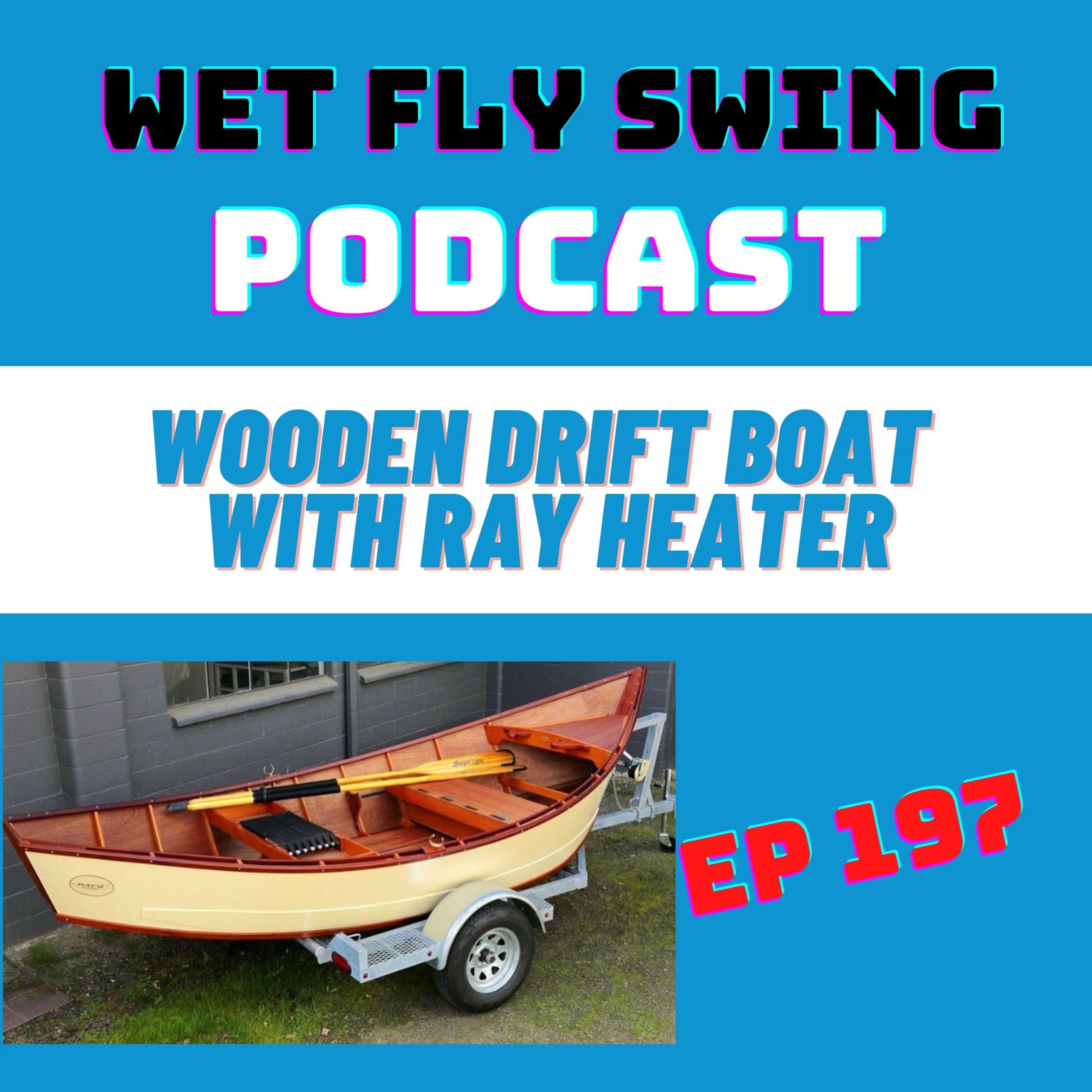 Ray Heater, the founder of Ray’s River Dories, is on the podcast today to share the story of how he built one of the biggest wooden drift boat companies for over 30 years.  We find out why the 14 Rapid Robert is Ray’s favorite boat.

Ray also shares some tips on keeping your boat up including which oil to use, how to wet sand the outside of the boat with epoxy, and why he doesn’t just use wood for his boat panels.

– Here is the Grant’s Getaways video with Ray Heater that we noted where Grant covers some of Ray’s shop.

– Roger Fletcher and Joe Koffler noted the Rapid Robert as well.  Roger was on the podcast in episode 177 and covered the history of drift boats.

– The fellow in Oretown was the first guy that gave Ray the design for the boat that became Ray’s River Dories.  Oretown Marine and Carl was the guy making a Rapid Robert and the exact design that Ray used.

– The river skiff vs the rapid Robert boats.  Boulder Boats were on the podcast in episode 182 and we covered the River Skiff.

– Ray noted Bob Pritchett who he knew and talked about the flat spot on the bottom of the boat.  Here’s some more drift boat history where Bob is noted.

– AJ DeRosa was a big customer for Ray and Cyrus over the years.  AJ has a great operation going focused on wood boats as well.

– Koffler was on the show in episode 180 and talked about the need for a flat area on the bottom of the boat to get it up on step,

– Jason Cajune was on the podcast and talked about stitch and glue.

– I noted OPST and the lightweight gear they have going.