Tom Bie, editor of the Drake Magazine, is here to share the story of how he got started and how the magazine came to be.  Tom shares the story of how it all goes back to when he was a lifty at the ski resort.

We hear about the influence from Powder magazine and the years leading up to the start of the Drake.  Find out how Tom edits and chooses the essays to use in the magazine.  He shares the one tip to get yourself published in the Drake Magazine.

– The print version of Power Magazine just went out of business.

– I noted the Marty Sheppard episode (not Sherman) sorry Marty.  Here’s the link to episode 76 with Marty and Mia.

– The 7th issue of Paddler magazine was the start of the Drake magazine.  It got the Drake on the shelves of Barnes and Noble.

– Field and Stream is no longer producing a print magazine but is different than the Drake as a vertical magazine.

– Elliott Adler from the Drake was on the podcast in episode 54 here.

– John Gierach was on the podcast in episode 47 here.

– I had Steve Duda on the Podcast here and the new editor of the FlyFish Journal, Jason Rolfe here.

– The NewYorker is one of Tom’s favorite magazines for a number of reasons.

– Zach from Swing the Fly Magazine was on in episode 151 here.

– Frank Moore’s go fund me site and my interview with Frank here.

– Wide Spread Panic, Phish and the Dead were all big bands for Tom in the day.

– The Sweep Boats on the Middle Fork of the Salmon

Sweep Boats on the Middle Fork

We hear from Tom Bie, the editor of the Drake Magazine, one of the most respected fly fishing magazines on the planet.  Tom shares the story of how he went into the army to pay for his journalism degree and other amazing stories from his life.

We cover it all today including politics, conservation, fires and even a little on fishing.  Leave a comment if you had a chance to listen to this episode with Tom Bie. 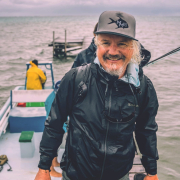 Anchored Podcast Ep. 185: Al Perkinson on Bajio Sunglasses and Cause Marketing in Fishing 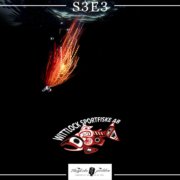