George Cook shares the story and history behind how spey came to be in the Pacifc Northwest.  We hear how fishing for king salmon and the connection to Alaska was a big part of the Alaskabou and the intruder style flies coming to be.

George shares some stories about northern California chinook fishing and around the Pacific Rim.  We get into the Deschutes, Oregon Coast and many of the other places and people that have helped define George Cook’s career in fly fishing and in hunting.

– George notes the Popsicle and a few other flies that he developed as part of his Alaska days.

– Jimmy Green and Mark Bachman along with Mike Maxwell up in BC were early people involved in the early NW Spey game.

– We talked about Jim Vincent who founded RIO and the early days of the spey with the Wind Cutter.

– Ed Ward and the other gang were cutting up lines in the late 1990’s and were the lines to become todays skagit lines.

– Old Yeller was the first skagit line that shipped into the market.

– George notes the Temple Dog style flies which were some of the early flies to be used in the NW via spey.

– The Wind Cutter was the line that opened up spey to many people that couldn’t deal with the previous long belly style lines.

– Scott O’Donnell was a big part of the evolution of Spey in the NW.

– The Jim Teeny T300 was the line that revolutionized single handed salmon fishing,   and as George put it – the line that took the native americans from bow and arrows to rifles.

– Sage was the company that created the rod designation such as 7136, etc.

– We note Rivers of a Lost Coast which was a great movie that told the story in the early days of fly fisherman on the Eel River and other Northern California Rivers.   This was traditional fly fishing for chinook and steelhead out of prams with small flies.  George tells a story of how he got worked in South America because he was not prepared.

– George notes his upcoming trip to the Kola Peninsula and why we should do another episode on this topic.  I’ll hold George to this one for sure.

6- Dec Hogan’s  A Passion for Steelhead and Trey Combs Steelhead Fly Fishing and Flies are two recommended resources that we discuss.

– Skagit Master 2 is the most recommended video on casting and the spey game.

You can find George here at State of Spey on Instagram.

A passion for Steelhead by Dec Hogan

Rivers of a Lost Coast

George Cook breaks down fly fishing for chinook and for steelhead as well as the history of NW spey.  Lot’s of good history and perspective from a guy who has been doing it for quite some time. 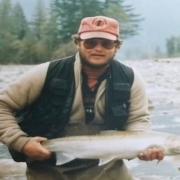 Ep. 138: Tyler Kushnir on the Thompson, Competitive Casting and More 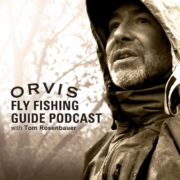 The Fiberglass Manifesto, with Cam Mortenson 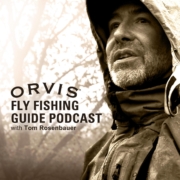 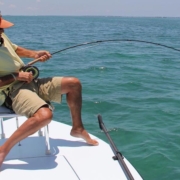 Ep. 85: Andy Mill on a Passion For Tarpon