I had the pleasure of talking to Tom Whiting who is the man behind Whiting Farms, the leader in fly tying hackles.  We hear about the history of how Tom built a great company that started with a connection with Henry Hoffman.

Tom has a passion for chicken genetics and shares some cool stories about how he produces ultra high quality chicken hackles including the spey hackles that are substitutes for heron hackle.

The Fly Fish Food guys produced this Video on the Whiting Farms Operation.

Archaeopteryx was noted as one of the first feathered dinosaurs and how birds evolved from dinosaurs.

We talked about the history with Henry Hoffman and the history of how Tom purchased Hoffman’s.

We note Metz hackles who was also a big player in the past.  Umpqua purchased them in the mid 1990’s and sold many more times.

The Clip of the Feather King, plus a Danish Documentary produced Tom Whiting – Tom Whiting – The Real Bird Man, as well as the CBS video that should be out soon.

Their spey hackle and how close it is to heron hackle.

John Shewey and Spey Cock was a topic that Tom has been working on.  John Shewey was on the podcast here.

The Predator Packs are great for pike, musky and steelhead.

Rick Takahashi was on the podcast here and is a pro team member for Whiting Farms.

Tom notes Crystal Bowersox who for 2 years blew up Whiting Farms because of her fashion trends.  Here’s one of her videos from American Idol.

Rare and Unusual Fly Tying Materials Volume 2 has a full chapter on what Tom does.

You can Find Tom at Whiting Farms.

Clip of the Feather King

We hear the full Whiting Farms story and how Tom Whiting has created one of the best fly hackle supplier in the world.  We get into steelhead hackles and different methods he has used to create amazing hackles. 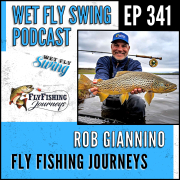 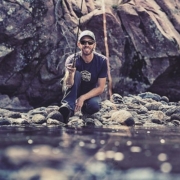