Craig Schuhmann breaks down the Williamson River and the Klamath Falls area including how he became a guide in one of the best rainbow trout stillwater fisheries in the west.  Big time bows and big time tips from one of the good guys in fly fishing today on the Wet Fly Swing Podcast.

We also hear about how Craig became the editor of the FlyFishing and Tying Journal, hear about Frank Amato and his publishing company including the Salmon Trout Steelheader magazine.  Find out which is the top of the 40 Top American Trout Flies.  This was another fun one!

Craig noted George Mackey who was a friend of his dad’s in Oregon and Washington.

The Lonesome Duck is one of the first shops that gave Craig a guiding position.

Fishing Oregon by Moon Outdoors and written by Craig Schuhmann.  This was the first real thing Craig had ever done.  This got him into selling his stuff to some of the fly fishing magazines.

Dave Klausmeyer really helped Craig with his writing by being a hard ass editor for Fly Tyer Magazine.

We talked about Gary Lewis who is one of the only full time writers for the journal and also someone I had on the podcast in episode 49.

Rob Crandal was also the editor before Craig and was on the podcast in episode 62 to talk about steelhead.

40 Great American Trout Flies was another book that Craig wrote prior to becoming the editor of FTJ.

Salmon, Trout Steelheader is the other big magazine that Frank Amato publishes.

Brian Silvies fly is the edible emerger.  Brian guides on the Deschutes and other local waters.

Fly Fisherman magazine is one of the other big tips and trips magazines.

Denny Rickards Seal Bugger is the goto pattern.  Denny was on the podcast in episode 64.

The book 50 Woman Who Fish including Mia who was on the podcast in episode 76 here.

Dave Hughes book Wet Flies has a chapter on Polly Rosborough and Tying and Fishing Fuzzy Nymphs is Polly’s book.  Both are two good resources for Klamath Falls.

We talk about the new Quentn Tarantino movie – Once Upon a Time in Hollywood.

You can find Craig at the Ftjangler.com. or at GuidedWatersAngling.com.

Fishing Oregon by Moon Outdoors and written by Craig Schuhman

Once Upon a Time in Hollywood

Craig breaks down the Williamson River in Souther Oregon and the gear and tips you need to catch a trophy fish.  We hear about the FlyFishing and Tying Journal and Frank Amato, the man behind many western fishing books. 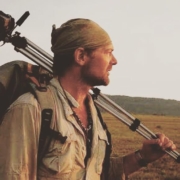 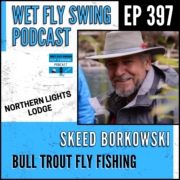