Editor of the FlyFish Journal, Steve Duda is on the podcast today to talk about how he became the editor of a unique fly fishing magazine, his passion for banjo and punk rock and why it’s all about the experience for him.

We talk about the Burning Pram Party, the Swallow Story, woman in fly fishing, conservation and politics.  We pretty much cover it all and is now a pleasure to share this one with you.

ay Nicholas was on the podcast in episode 3 and talked about fly fishing for chinook salmon in the estuary.

Steve plays banjo in a punk rock band.  Here’s a clip from a show.

I note that April Vokey is on the podcast next month and we talk about how amazing it is to see a new woman’s movement in fly fishing.

The FlyFish Journal publishes a conservation piece in every edition of the magazine.  Here’s a link to a recent example.

The swallow story that Steve reads on the Fly Tapes Podcast.  Here’s a link to the reading.

The Babine fish story that I noted as told on the Tell Tale Fisherman at this link.

Steve has written for the Boise Weekly, Rolling Stone, the Huffington Post and interviewed bands and has generally just been writing.

South Sound Tug and Barge is a 3 piece folk and punk band is Steve’s band where he tours throughout the year.

Jay Johnson notes the biggest difference between a good nympher and a great nympher is another piece of weight.

Trout Bum may have been one of the big books that really grabbed Steve.  Just 2 days ago John Gierach just sent Steve an article for the 10th anniversary.

The Burning Pram on the Yakima River in October is a great desert party and something I hope to attend this year.  This also includes the all breed dog race for a chance at glory.

The best flies when fishing rainbows for Steve is a quigley cripple off of the back of a caddis, the beadhead pheasant tail.

Episode 39 of the podcast is all about Tenkara and is one technique that is a little controversial within fly fishing.

I noted Fly Fish TV old timer Gene Hering, who is still selling fishing DVD’s but in the middle of a media world that is transitioning.

Oman GT’s is in a new episode of the Journal.

Steve will be focusing on their vimeo channel which you can find here.

You can reach Steve at Steveduda@TheFlyFishJournal.com here or on instagram here or at the South Sound Tug and Barge where he plays punk-folk music.

I want to give a big Thank You to Steve for coming on the show and sharing his perspective on fly fishing.  The the Burning Pram to punk rock to swallows, Steve takes us into the mind of someone who has made a career out of writing.

You can get all of the Show Notes at the link below: 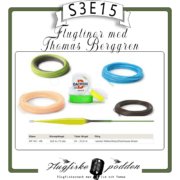 Scared of Fishing in the Rain? 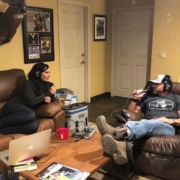 Ep. 89: Cameron Hanes on the Grind 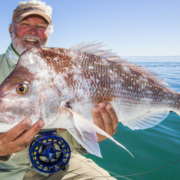