Gene Hering shares some history in fly fishing from his experience producing fishing videos over the last 35 plus years.  He talks about how he got into it all with broadcast news and how that evolved into his personal brand.

He has produced videos for some of the biggest names in fly fishing including over 40 steelhead videos.

– Pacific Outdoors Show was one of Gene’s first program he worked on that was more focused on all of the outdoor issues.

– Gene produced some of the Frank Amato videos

– You can see Fly Fish TV past episodes on Youtube

You can reach Gene at FlyFishTV.com if you have any questions or want to grab some videos.

I wanted to give Gene a big thank you for coming on the show and sharing his experience in the fly fishing industry.  For me, I appreciate the people who paved the way as I produce some fishing videos as well.

If you enjoyed this video please leave a review on itunes by clicking here to see how to do it.  This gives me the support I need to keep going strong with the show. 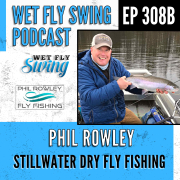 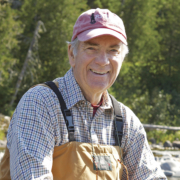 Fly Fishing for the Holidays