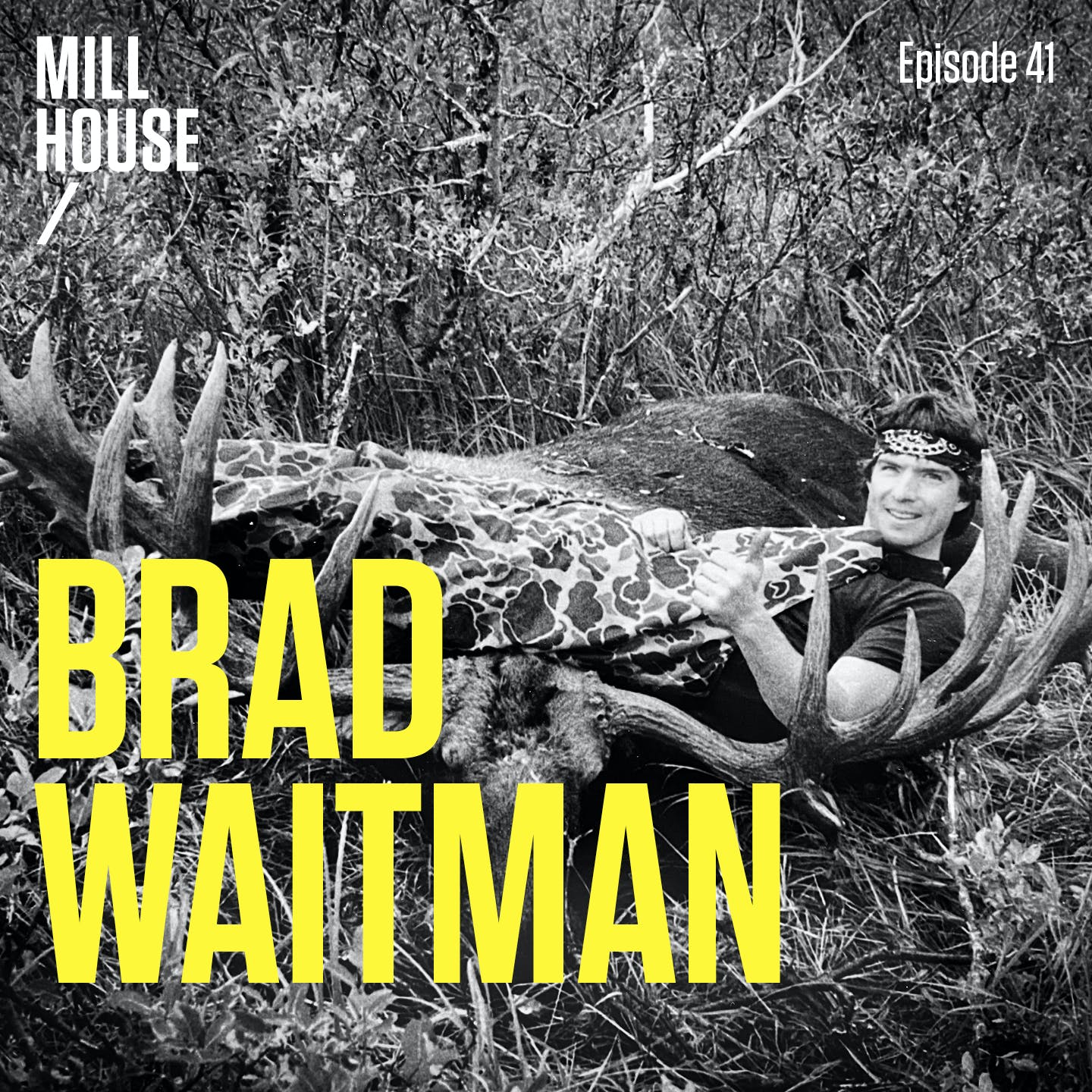 Brad Waitman is the owner and operator of the Igiugig Lodge that sits on the bank of Lake Iliamna, located in the Bristol Bay Area of Alaska. In my mind, it’s the greatest fishing lodge i’ve ever visited. It is world class not only because of its access to some of the world’s extensive, legendary fishing, but because of Brad’s work ethics and the quality of his prideful lodge. Here’s the beauty, he hosts only 6 guests a week and serves food that’ll challenge any restaurant in the lower 48, a dream come true for anyone looking for perfection on and off the water!

Waitman was raised in San Mateo, California. As a young teen a local fishing club, Anglers Emporium, took him under their wing and helped him with the skills needed to become a great angler. At 15 he was hired to row rivers and set up camps for outfitter, Galand Haas, who eventually persuaded Waitman to chase his dreams in Alaska.

At the tender age of 20, just out of the Marines, Brad flew to Anchorage and became what he was destined to become, an Alaskan bush pilot/guide. Ron Hayes, the legendary hunting and fishing outfitter, immediately became his mentor. He pushed Waitman hard demanding the impossible and the young magic man responded beautifully. The fish were in his blood but soon to follow were monster Moose, Caribou, and 57 Brown Bears! Hayes was a perfect councilor for the young man who was new to Alaska. Now, 37 years later with a successful lodge, the time to hunt has been depleted.

I first met Brad when he was guiding for Kirk Gay at his lodge, Valhalla. Kirk would eventually become his father in-law. I was there filming for my TV show at the time, “Sportsman’s Journal.” The two of us had a blast! Flying everywhere and catching all the great fish Alaska was offering at the time, monster rainbows, silver salmon, and grayling.

Alaska is unique, raw and wild, and to experience it with someone you connect with is a dream come true.

The long and short of it, 21 years later we’re still hanging and fishing together.

We all love a good story and Brad Waitman’s is compelling.

We hope you enjoy it!