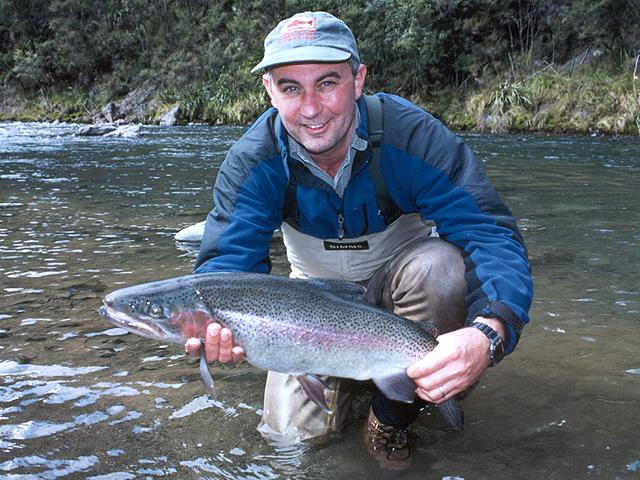 I am a sucker when it comes to flies. I guess being a commercial fly tier spend more time at the tying bench than most. I am not really an inventor of new patterns and it is very rare that I have the inspiration to create something new – I would rather leave that to those people who are good at it.

I will, however, make a small change to an existing pattern if I think that change will make an improvement to the fly’s ability to catch fish.

At present I carry in my fishing vest five fly boxes each containing something in the region of three hundred flies. That’s a total of 1500 flies! Do I need them all? Well, probably not but there are times when I am sure glad that I have them with me and would not consider leaving home without.

I carry at least a dozen of most patterns I use regularly. Rather excessive you might say but some get caught in trees or bank-side vegetation when the casting gets a bit sloppy, nymphs get stuck on boulders and the odd fly gets broken off in a fish.

Also, I am occasionally approached by a friend who wants to know if I have any more flies that happen to be working well at that particular time and carrying a dozen or two of each pattern does not leave me with the dilemma of having to say “sorry I have only got one more” do.

Having spent the last Swedish winter based at the Fly and Gun Shop in Lake Taupo, New Zealand, I have had the perfect testing ground for fly patterns.

The back-country rivers of the North Island are gin clear and they gave me an excellent opportunity to see just how fish react to different patterns. It is, of course, not always possible to draw concrete conclusions as conditions are continuously changing and fish do not behave the same everywhere.

However, one thing that is clear is that presentation is probably about 95% of the equation on those rivers, the first cast is the most important and fly selection at times needs to be careful.

I will never forget guiding a client and watching a Brown trout lying deep and feeding hard on nymphs. When we had positioned ourselves, in order to be able to get a good drag-free drift, I tied on a heavily weighted hare and copper.

At times, in the back-country rivers, the fish are so spooky that you can only make several casts before they know you are there and then they often either stop eating and sulk on the bottom or they disappear downstream. Feeling that the next cast was going to be our last I selected a gold beaded pheasant tail.

My thinking was that the fish might just prefer the slimmer profile of this fly rather than the hare’s ear he had rejected and in addition, the gold bead might give more attraction if the cast was not accurate. My client made his next cast and the fly drifted downstream towards the fish.

At this time the fish was still feeding hard and he moved slightly to his left to intercept the fly. He took one good look at that gold bead, spooked and disappeared down stream at a good rate of knots. The cast was good, the drift was drag free and the fish was still feeding when the fly was moving downstream towards him. There could only have been one thing that caused that fish to spook, the gold bead on the fly. Bad choice of fly!!

On another occasion I stood with a client watching a fish on the far bank, some 35ft away, rising regularly and taking mayflies.

I tied on a parachute Adams and although the cast was going to be difficult with lots of conflicting currents between us and the fish he made a good cast and managed to get a drag free drift. The fish ignored the fly.
I changed patterns and we repeated the process time after time with the same result. I changed patterns, he made good casts and the fish ignored them. After a half-dozen casts and changes of fly the fish stopped rising. We sat down and ate our lunch, keeping an eye on the spot to see if the fish would begin rising again. He didn’t!

As we packed up preparing to move on I asked him to make one last cast, not knowing if the fish was still there. I tied on a size 10 Royal Wulff, much bigger and fatter than anything that was on the water at that time. My client made the cast and the fish came up and ate the fly! Eventually, after a good fight and some 50 meters downstream, I netted the fish for my client. It was a rainbow trout and it weight.

During my time in New Zealand I have been introduced to a whole new range of patterns that I would like to try here in Sweden but it means I will need another fly box to carry them in.

Those five boxes in my vest will now become six and I have a few months, until the start of the season, in which to fill them up. Do I need to carry six fly boxes? Yes, I most certainly… 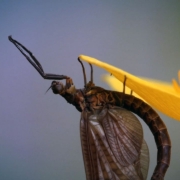 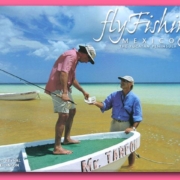 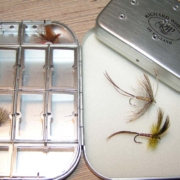 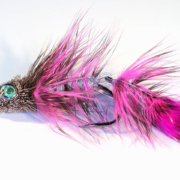